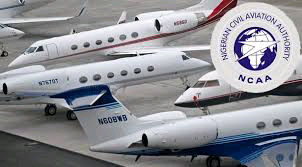 Nigerian Civil Aviation Authority (NCAA) has stated that no Oyo-bound plane was grounded in Lagos.

On Wednesday, November 23, 2022, a customised plane of Peter Obi, presidential candidate of the Labour Party, was said to have been grounded at the Murtala Muhammed Airport, Lagos, heading to Ibadan, Oyo State, for a rally.

This development was announced in a statement by Diran Onifade, the media head of Obi-Yusuf Datti presidential campaign council.

According to Onifade, “the powers that be” were responsible for the action.

Reacting, the NCAA stated that the pilot of the ‘Obidient’ plane only made an air return after noticing some faults in the aircraft.

“I understand NCAA did not ground any aircraft today (yesterday). The aircraft being said to be grounded is mere sensationalism.

“The reason is that the flight crew made an air return soon after takeoff and had issues they needed to come back and correct.

“This is what is termed as safety precautionary flight. Let’s be careful not to drag NCAA into politics in its operations. Our mandate is to ensure the safety of all aircraft operating in Nigeria airspace, regardless of whom they carry.

“Presidential candidates of all parties in the country have been flying around and NCAA’s mandate is to ensure that every aircraft flying meets safety standard.

“We have been grounding planes not fit for flying before now.

“When former President, Olusegun Obasanjo was campaigning for a second term, he wanted to use a particular plane donated by a Nigerian. We noticed that the aircraft was not fit for flying, we grounded it,” Sam Adurogboye, the NCAA spokesperson said.

Also, the Federal Airports Authority of Nigeria (FAAN) stated that it was not aware of the alleged grounding of aircraft meant to fly the Labour Party team.