Talented Zion Balogun, Wizkid‘s third son has left fans amazed after he was seen playing music instrument during a studio rehearsal session with his Dad. 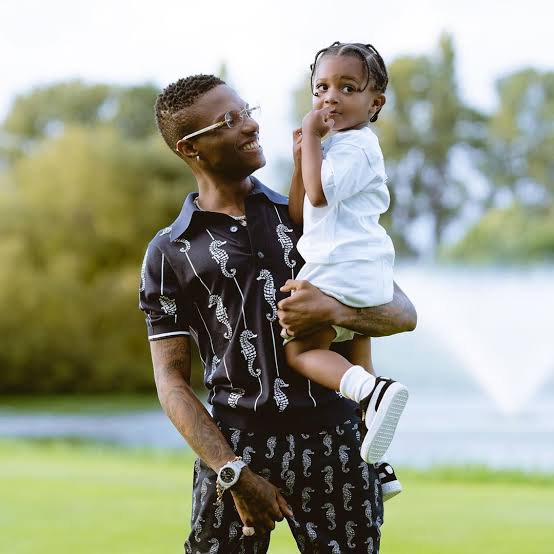 In a recent outing, the award-winning Ojuelegba crooner and his lastborn, Zion were spotted in a studio with other members of the Starboy music band.

The self-styled “Baba Nla” appeared to have brought his son over for one of his studio rehearsal sessions. 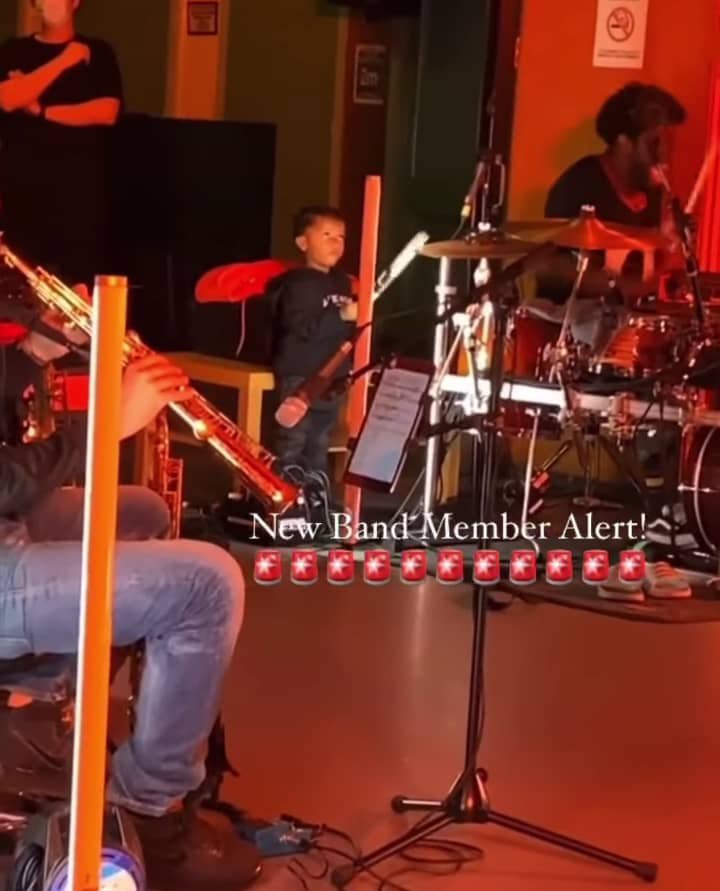 Interestingly, Zion refused being just a bystander in the studio as he was seen skillfully tapping a musical instrument at calculated intervals.

Zion took a pose behind a cymbal set and the little Wizzy joined every other band member to produce some sweet, harmonious and melodious sounds.

It is no longer news that Starboy enjoys spending quality time with his last son, Zion, and this is one of those occasions.

After a successful studio session, hardworking Zion who seemed to have been exhausted after making enough contribution in the studio was spotted in his father’s warm embrace. 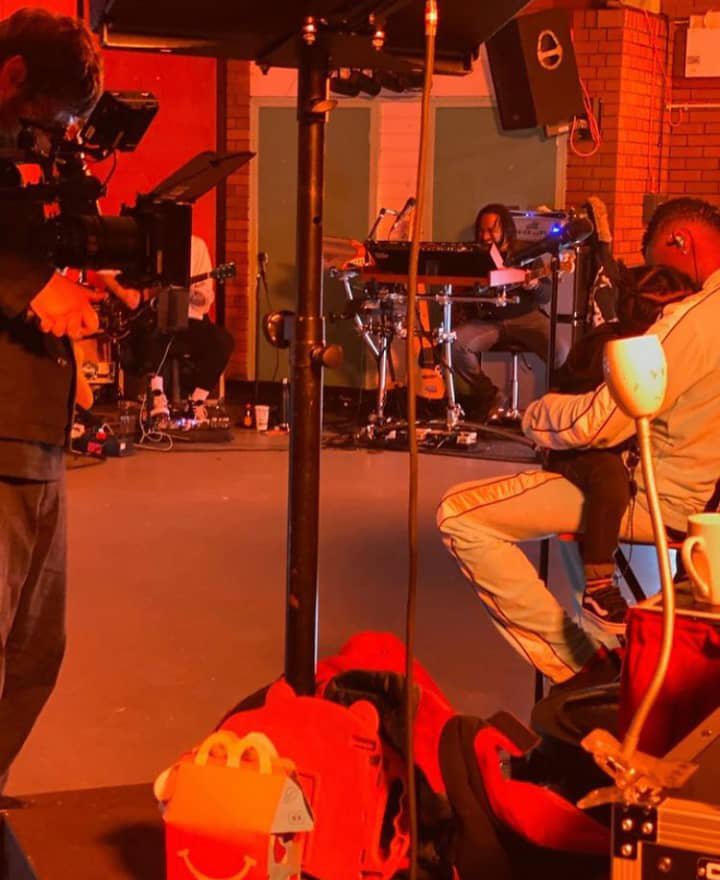 Sharing the adorable video of Zion and Wizkid in the studio, the singer’s official fan page captioned it thus, “new band member alert”.

Swipe left to watch the heartwarming video below: