A scriptwriter, identified as Harnu, has lamented on twitter after a producer refused to sponsor her script because she is a fan of ex BBNaija housemate, Erica.

According to the Lady with twitter handle @Harnuolu2, the producer promised to support her script production with N500,000 and they scheduled an appointment to discuss. 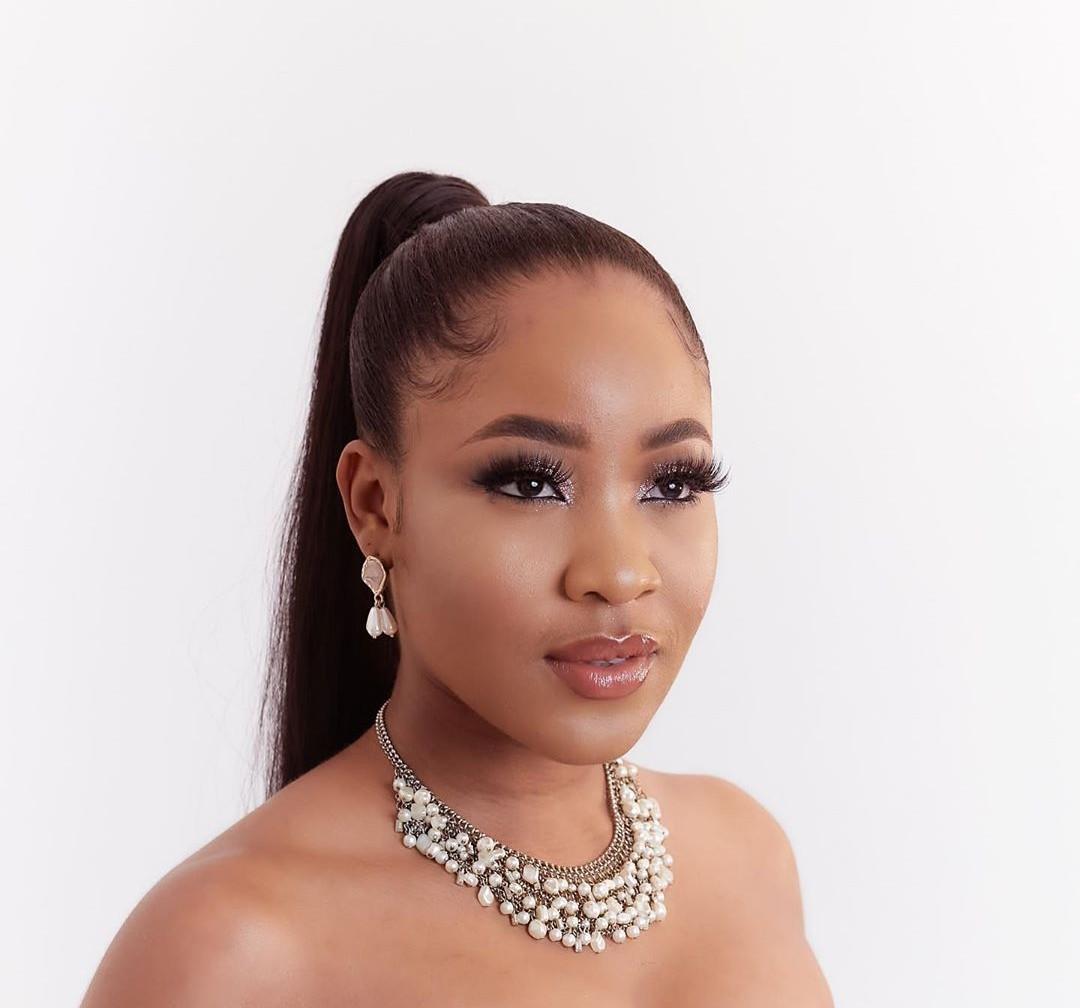 During the meeting, the producer discovered that she is a fan of disqualified BBNaija housemate, Erica Nlewedim and abrubtly called off the meeting.

From the conversation which she shared, the producer, who is apparently a fan of Laycon, warned her never to step foot into her office again.

Read their conversation below; 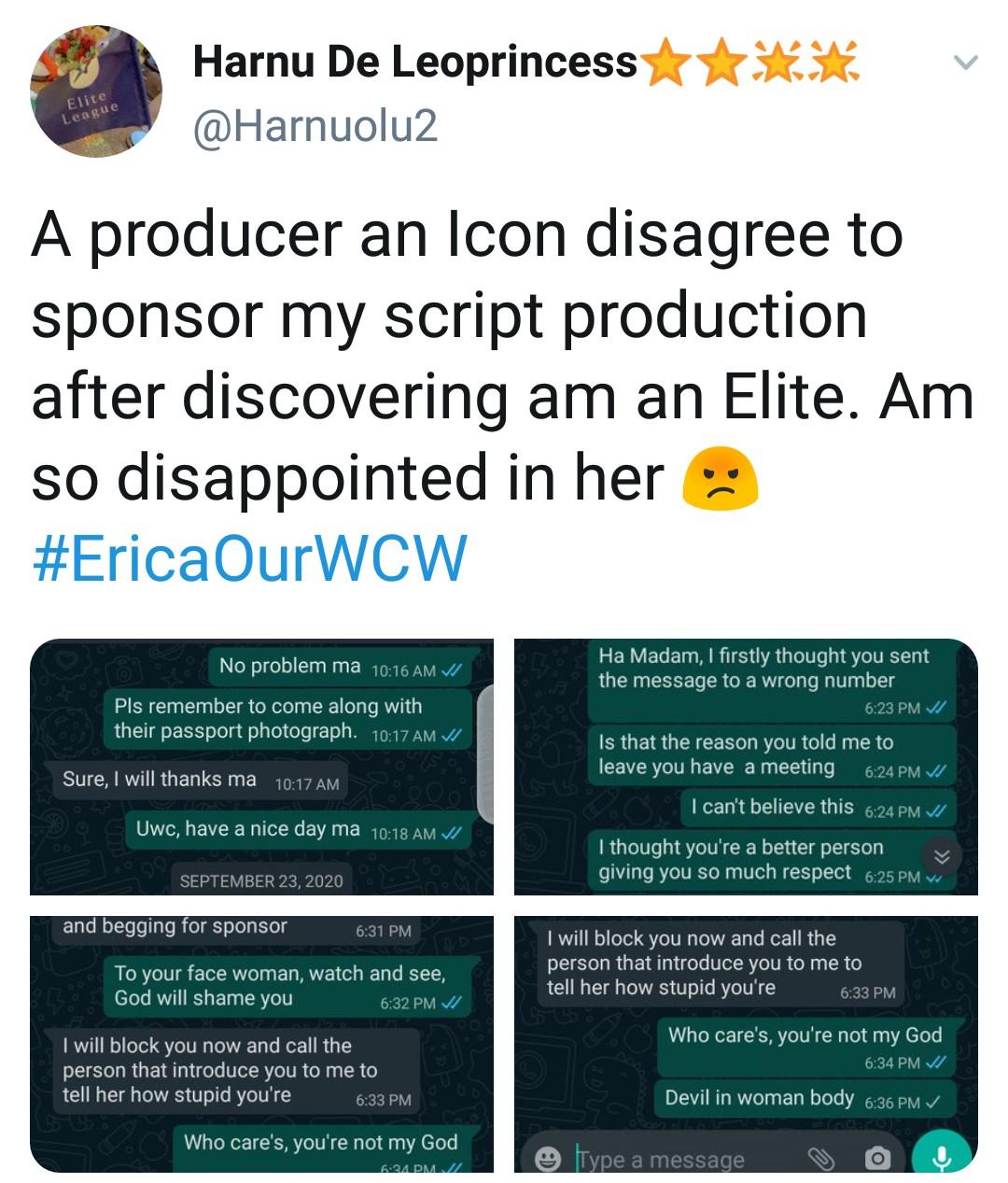 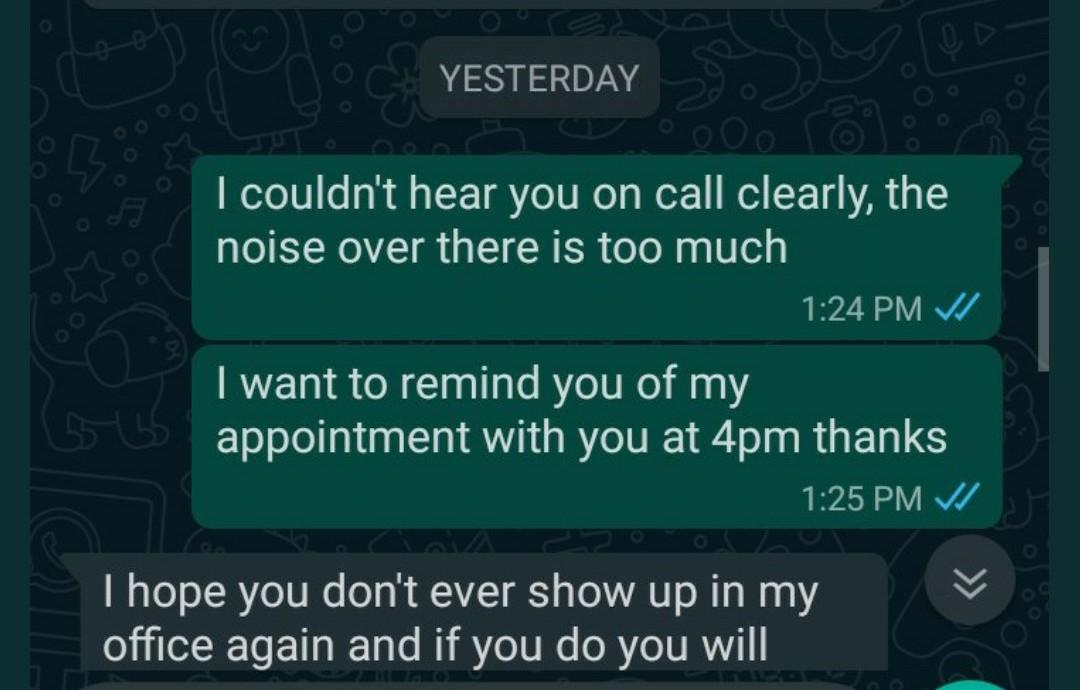 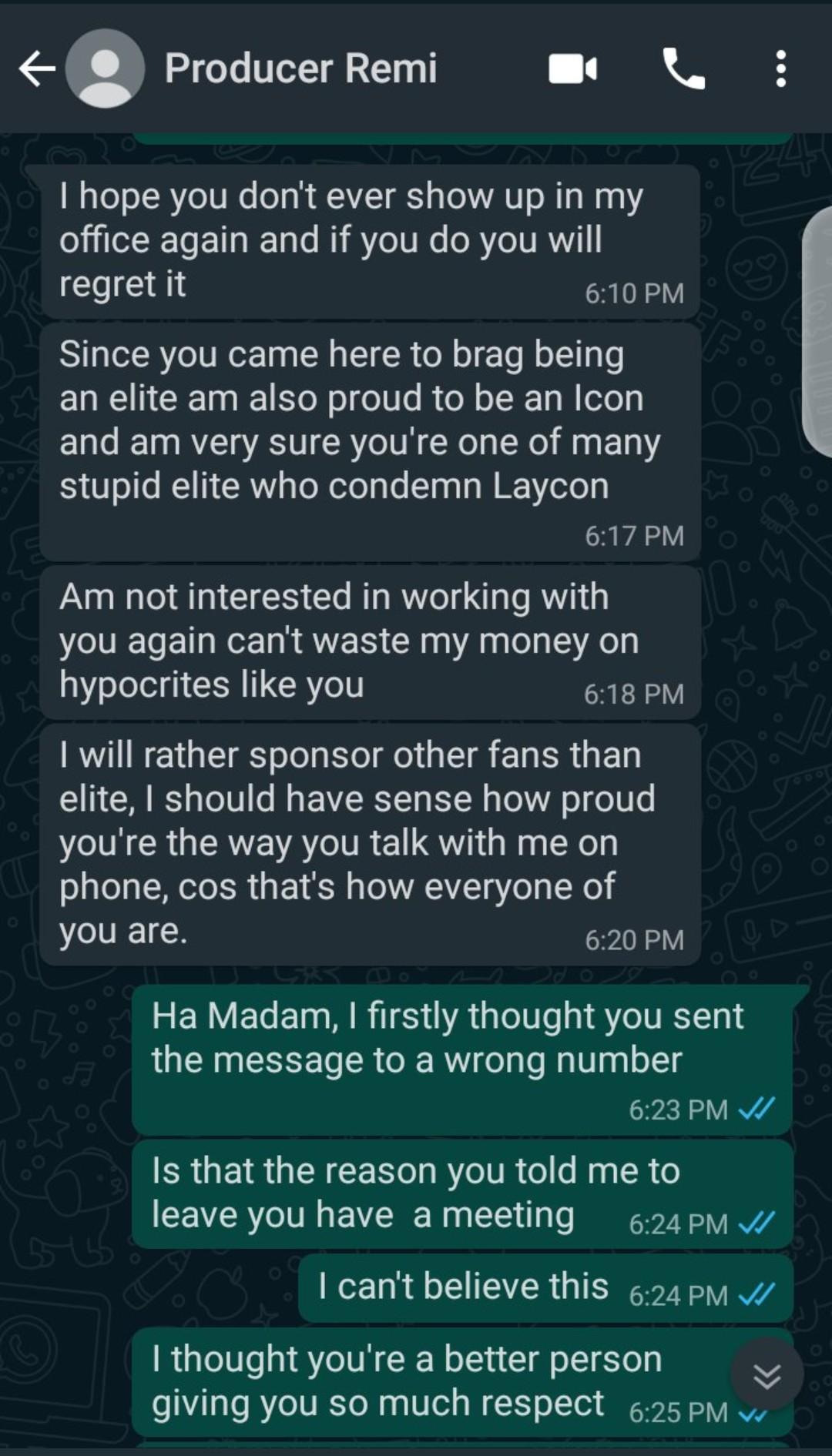 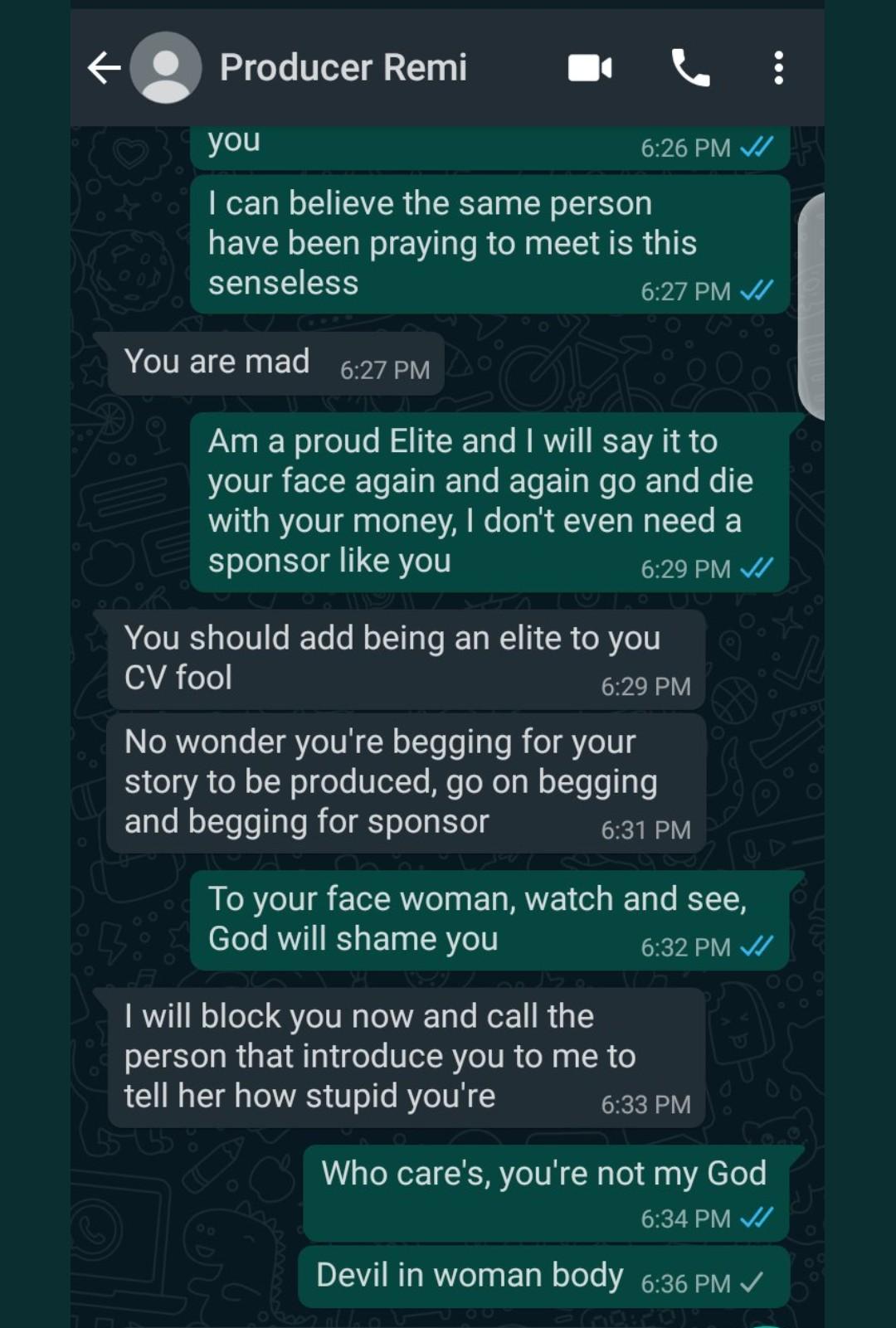 #EndSARS: ICC Begins Probe Into Shooting Of Protesters At Lekki By Nigerian Army
BBNaija Love: Ike Onyema’s Tell It All Book On Relationship With Mercy Eke
To Top
X