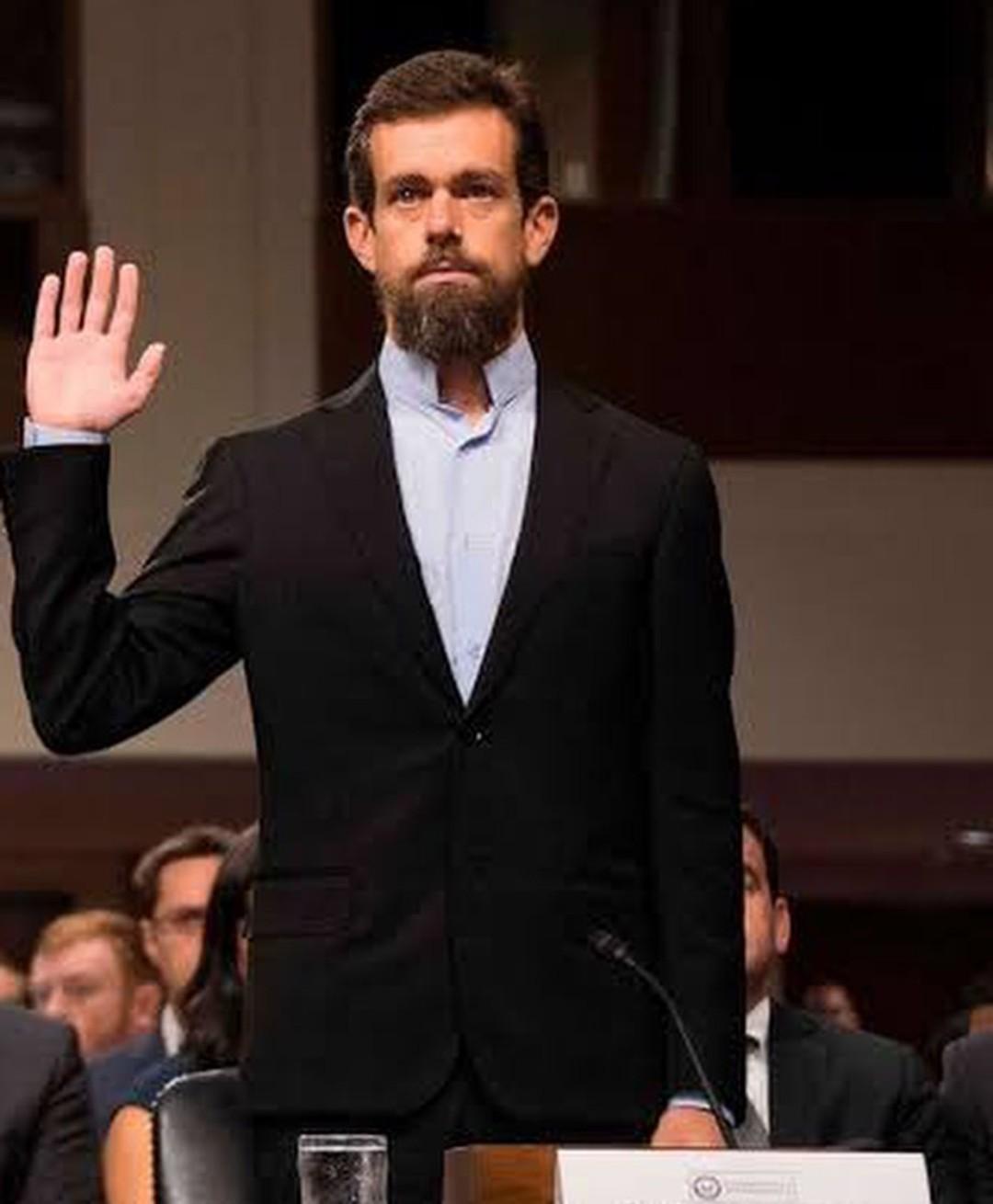 Recall, Adamu Garba recently filed a lawsuit against Jack Dorsey for supporting the Endsars protests with his platform. Adamu blamed him for the state of Nigeria and sued him to pay 1billion for the damages he caused.

Reacting to this, Nigerian lawyer, Tope Akinyode has filed a lawsuit against Jack. He wrote;

“BREAKING: Having been consulted by friends & colleagues, I’ve filed court processes to challenge @adamugarba’s lawsuit against @jack & @Twitter. Jack’s support for Nigeria’s cause is commendable. We’ll protect our freedom of expression & resist the move to ban Twitter in Nigeria.” 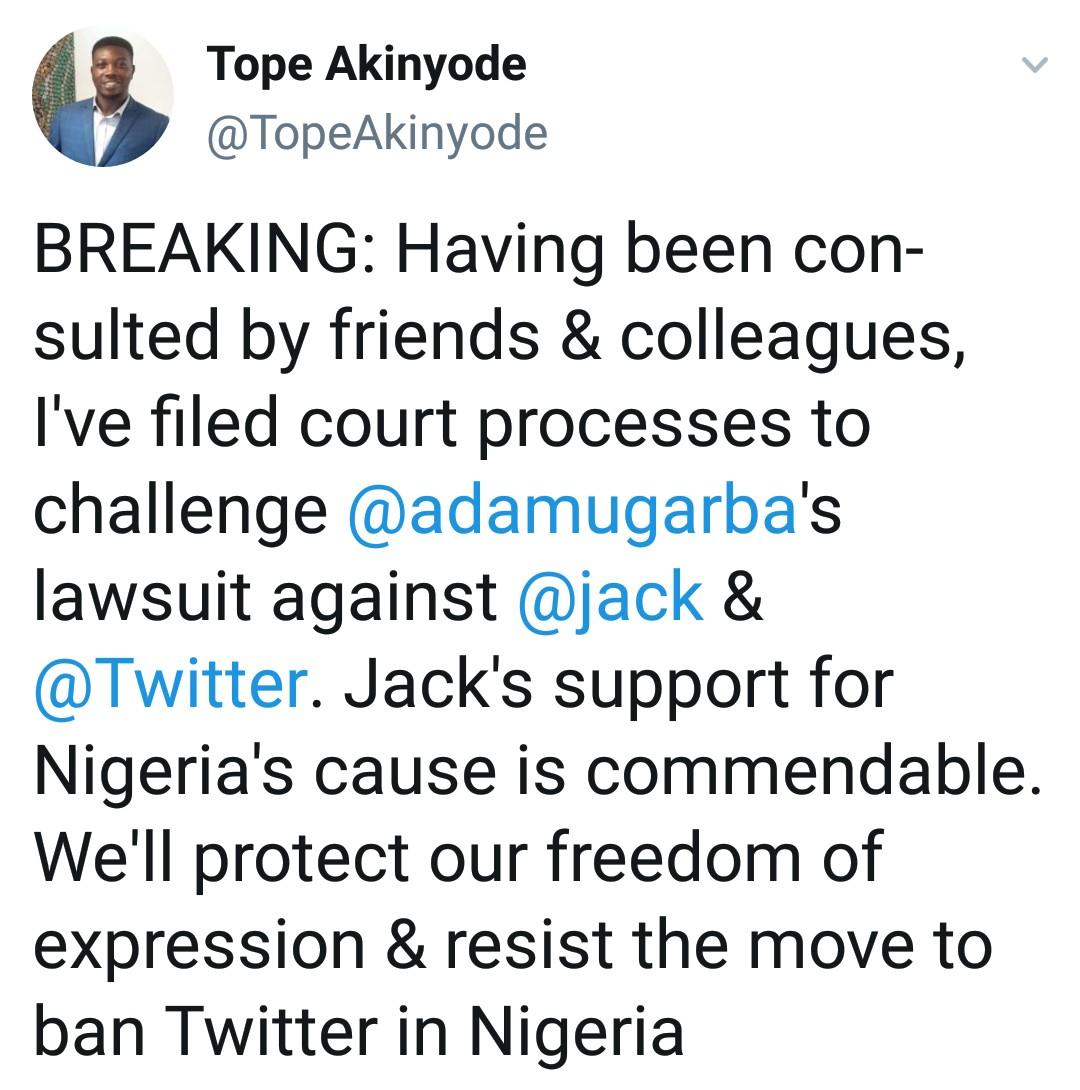 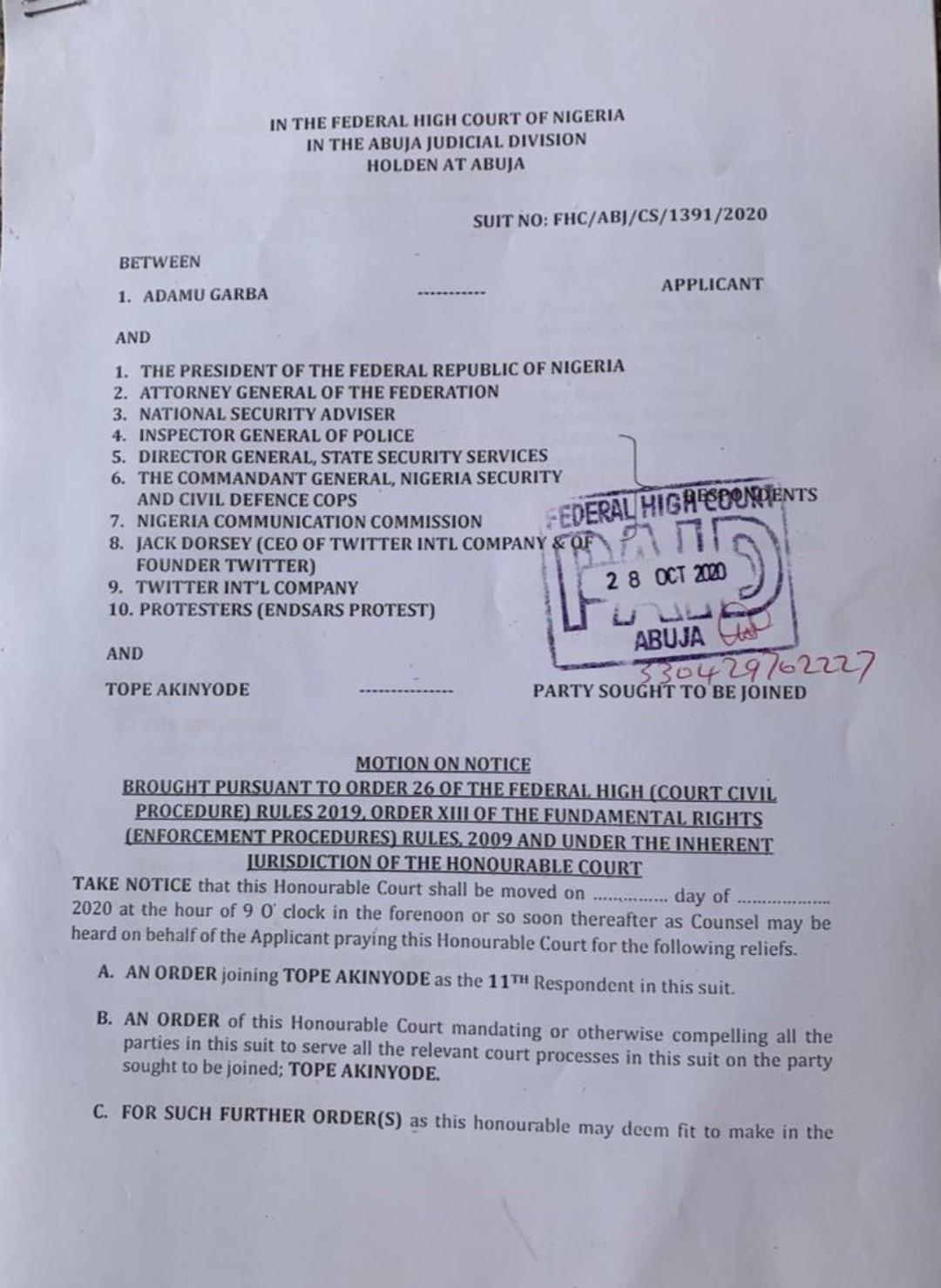 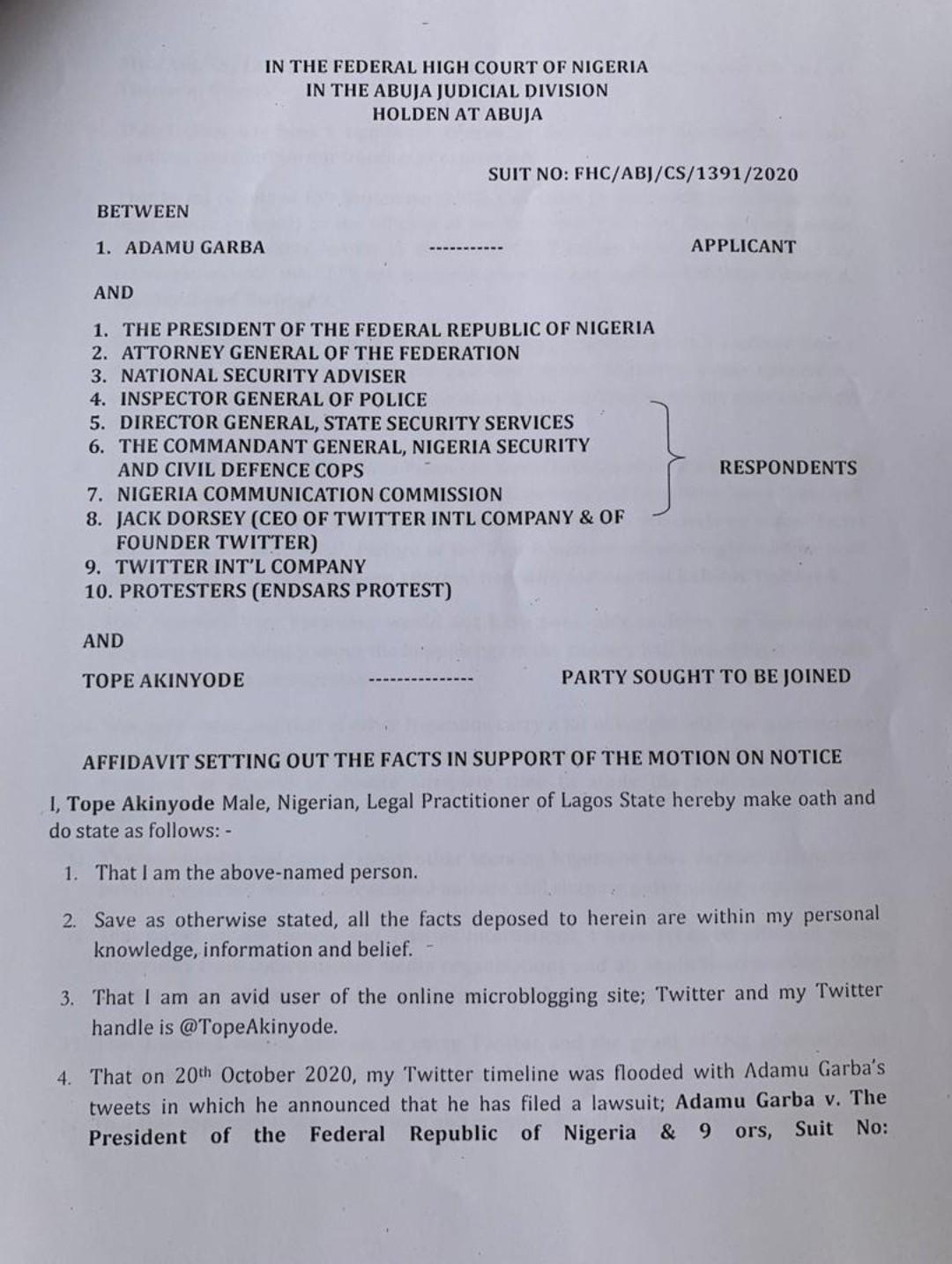 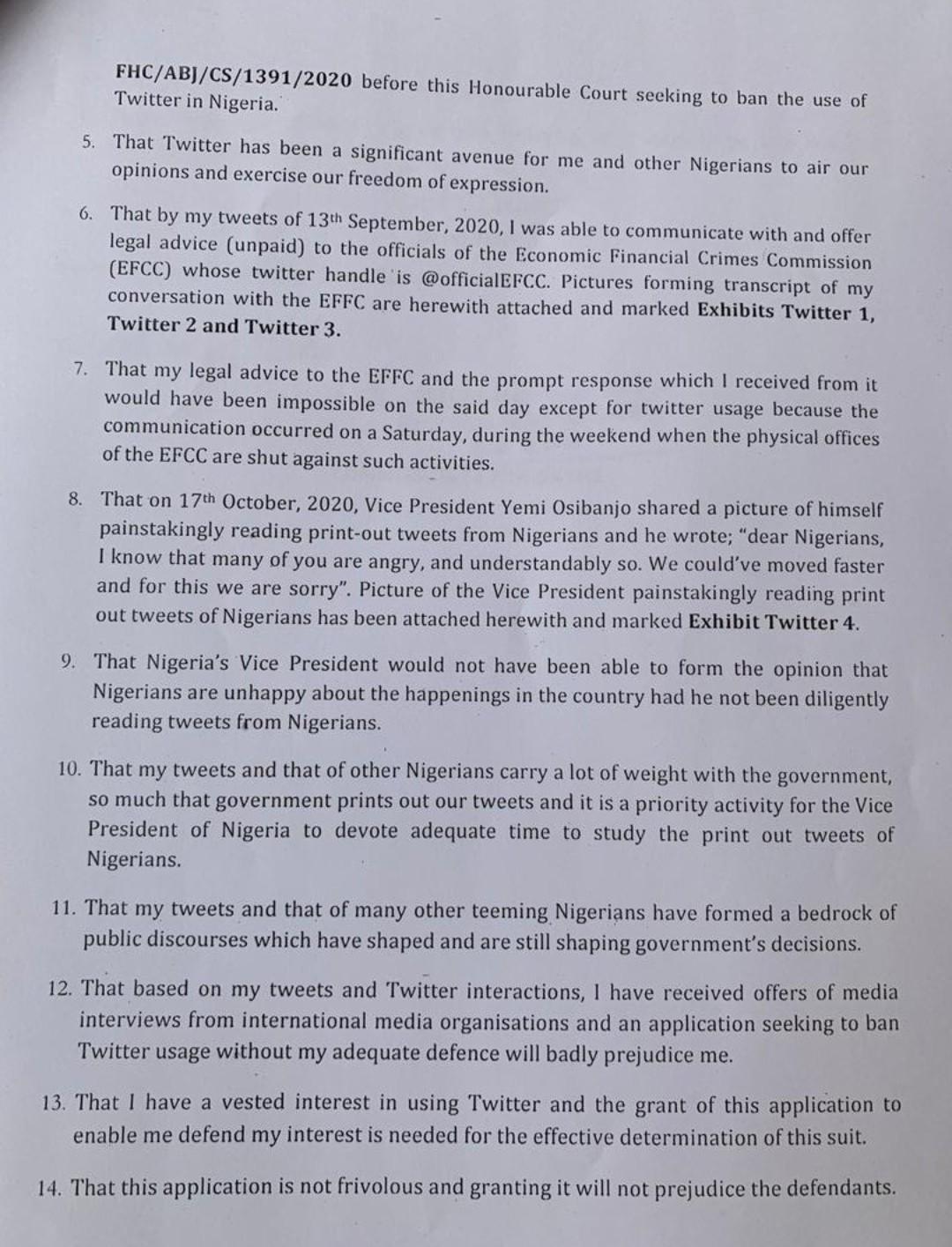 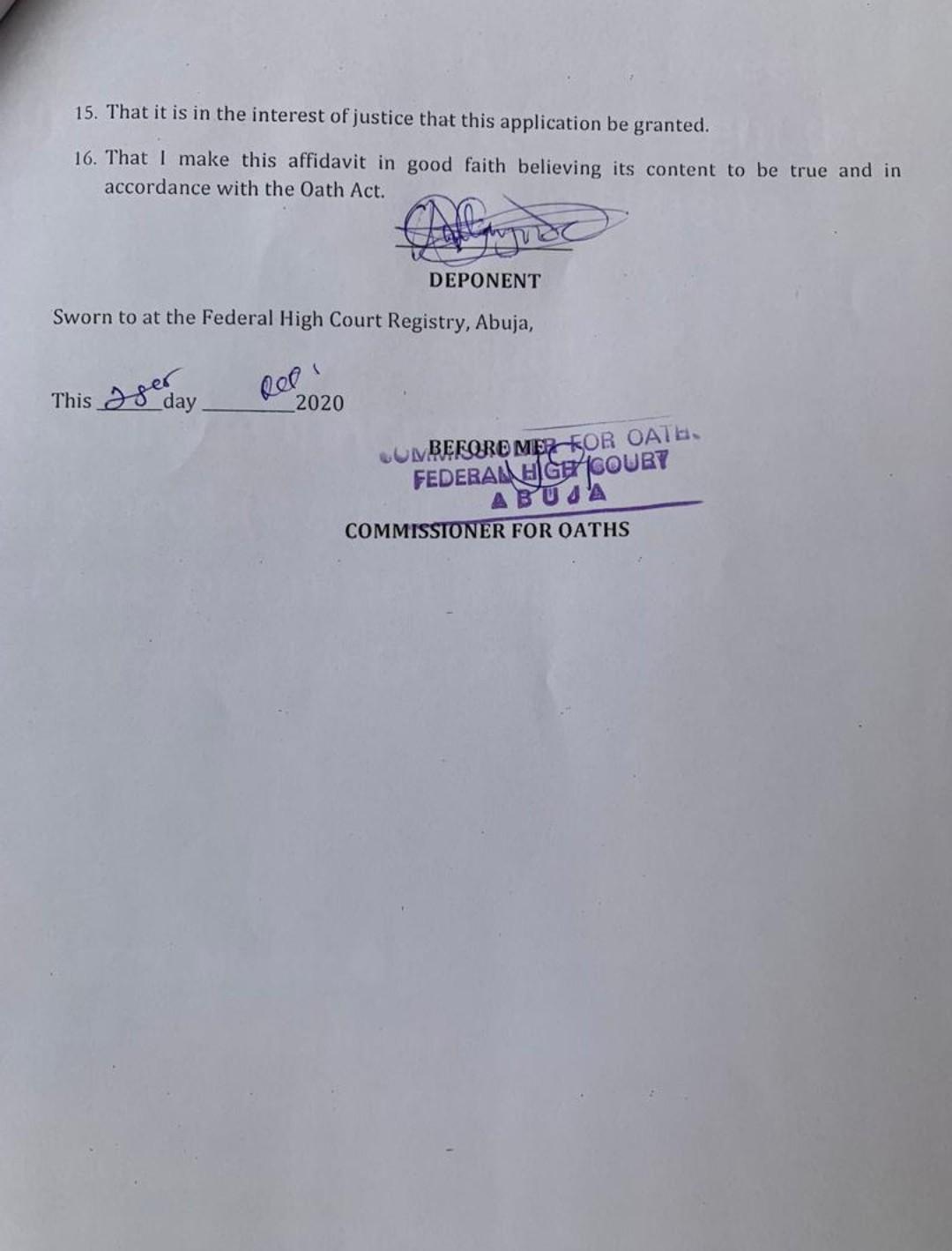